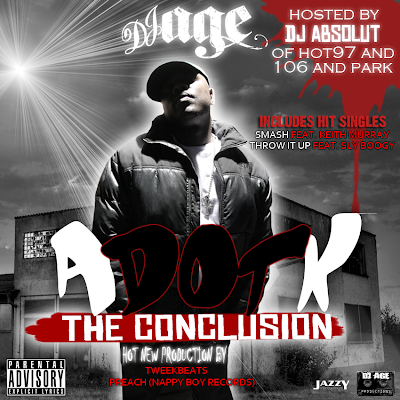 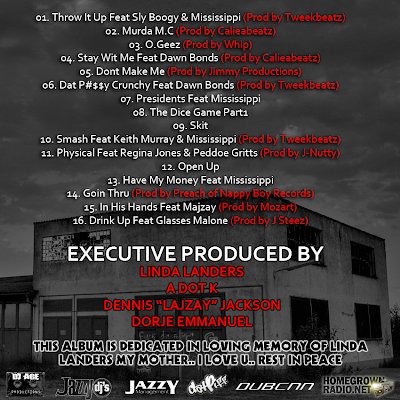 Another day another mixtape...the grind NEVER stops!
DJ Age and DJ Absolut Premiere a brand new mixtape from an MC that has been grinding for sometime waiting for his chance to shine - A Dot K.
Having been raised in the Bronx, NY A Dot K moved at the age of ten to Los Angeles, California, where he began to develop his interest in Hip Hop and nurture his skills. These two cities had a huge influence on his young life and over the years that have followed have helped him hone his abilities on the mic.The project he releases today - entitled "The Conclusion" - is hosted by DJ Absolut and mixed by DJ Age and is the fore-runner to a planned album in early 2012. The 16 track mixtape is packed with standout tracks and features artists including Sly Boogy, Mississippi, Dawn Bonds, Keith Murray, Majzay and G. Malone. Production on "The Conclusion" comes from J Steez, Tweekbeatz, Calieabeatz, Mozart, J-Nutty, Whip and more.

Download Mixtape | Free Mixtapes Powered by DatPiff.com
Posted by DJ AGE at 9:23 AM